Hello fellow DXers, it is with great excitement to release the latest shortwave news programme DX Extra number 19 to the world wide web! Another jam packed show!
In this fortnight's podcast:

TRANSCRIPT:
“Many nights, Spooks turn on their shortwave radios and drift through the frequencies. On any given night, one can hear amateur radio stations broadcasting church sermons, utility traffic for aircrafts – with the right equipment, you can hear/contact the International Space Station. Yet one of the most eerie, mysterious uses of shortwave is that of the numbers stations: stations that feature ominous – sometimes robotic – voices saying seemingly random number patterns.


Shortwave radio boomed in the 1920s: For decades, it was the only way to receive transmissions from far way. Numbers stations, as they are called now, have been around since World War I, though many of the most famous transmissions took place during the Cold War. These mysterious stations are all, to date, unlicensed. Some feature automated voices, others have what sound like children’s voices, another with a sultry woman announcing numbers. One station – a Moscow-based broadcast during a Communist party coup – featured only the number five repeated for hours.

Numbers stations and use of shortwave have declined after the Cold War, but there are still transmissions heard every day – the shortwave decline has not been as pronounced as one would expect. Part of the reason for this is that it is a secure means of one-way communication. Since the airwaves are being released out into the ether – the intended recipient is completely untrackable. Presumably, spies would carry a one-time pad, which would have the encryption code to be used (ideally) for just one broadcast (hence one-time). This makes decryption from pedestrians and enemies nearly impossible unless that one-time pad is misused or corrupted.

Almost all of the information we have on these numbers stations is due to hobbyists listening, sourcing, and sometimes attempting to decode the stations with their own radios. The communities of hobbyists are vast – and their logging can be prolific. There is the Spooks Spy Numbers Station Mailing List, the Conet Project (which compiles recordings of shortwave), the Spy Numbers Station Database, and many others. They keep track of the frequency, the time, the numbers, and sometimes record audio each time spooks hear a Numbers broadcast. These shortwave enthusiasts sometimes spend hours trying to locate the source of these broadcasts – sometimes, to no avail.

Akin Fernandez, who started the Conet Project ,recalls his initial interest in these mystery stations. "Once you hear them, it has an effect on you," he says in an interview with BBC. "I never expected to be talking about it 17 years after hearing it for the first time – when the Conet Project first started."”

Via the high brown magazine
http://www.highbrowmagazine.com/4263-numbers-stations-shortwave-radio-and-their-role-intelligence-community


“The BBC World Service says it has expanded its service to Afghanistan through three new live programs.

The new BBC Afghan daily broadcasts are one-hour audience-participation programs, Word of the Day in the morning and News and Views in the evening; and Global Newsbeat bulletins in Dari and Pashto.
News and Views has now become part of the evening schedule following a successful trial run. This daily program is split into two half-hour Dari and Pashto sections.
Matin Samsoor, Gulistan Shinwari, Jawad Samimi and Sharif Walid anchor the morning live interactive show, Word of the Day (which started in December) and examines how stories are being covered by the Afghan papers.
The Pashto and Dari editions of BBC World Service’s Global Newsbeat bulletins launched in late December and target younger listeners. It is presented live from Kabul and broadcast alternately every half hour, between 10 a.m. and 4.30 p.m. local time.
BBC World Service broadcasts to Afghanistan on shortwave and FM, in Pashto, Dari, Uzbek and English.”


“At the end  of December, some Deutsche Welle frequencies that were originally part of the October schedule plan, were terminated, or replaced. This confirms that services for English, Hausa and Amharic were not eliminated - but instead the frequencies were updated.

“Peter De Groot writes:
A series of special Radio Netherlands broadcasts will begin on January 17th and 18th, 2015.  Presenters will be John van den Steen, Jerry Cowan and Tim Thomasson. See frequencies and times below:
Peter sent no more information than this, so I’m not sure where the transmissions will originate. Since RNW is no longer on the air, I’m certain these broadcasts aren’t coming from Hilversum.
Hopefully, someone will attempt to record these broadcasts in case I’m not in the broadcast footprint. Would like to add this to the SW Radio Audio Archive.” via the shortwave listening blog http://swling.com/blog/2015/01/special-radio-netherlands-broadcasts-starting-january-17-and-18-2015/

“AUSTRALIA. The ABC has announced major cuts to Radio Australia shortwave transmissions.
From 14 January all overseas relays (via Dhabaya, Kranji and Palau) will end.
From 31 January the Brandon shortwave site will close.
From Jan14 all shortwave transmissions to Asia will cease.”
From 31 January output from Shepparton will be reduced from six full time transmitters to only three transmitters, all operating 24 hours per day with the following schedule:
0900-2100 on 6080 6150 9580
2100-0900 on 15240 15415 17840
(Radio Australia via WRTH via Jan BDXC-UK Communication via DXLD)
There had been fears that the ABC might abandon shortwave completely so although output is significantly reduced, RA will retain a welcome presence on SW for the time being and hopefully some of the above frequencies will be audible in Europe. Programming includes relays of ABC National and TripleJ (Dave Kenny, ed., Jan BDXC-UK Communication via DXLD)” via the DX Listening digest


Yes it's time to have a look at the latest pirates logs:

Here are the Europirate logs for the middle of January

We also have an interesting studio recording of a Europirate I've never heard before but you may have catched on shortwave on 6300 and 7385 January 12th, WFRL from the United Kingdom.
[Audio: WFRL]
Recording from Achims free radio blog http://www.achimbrueckner.de/freeradio/php/wordpress/?p=37985

Its 0251utc, haven't heard Hummingbird in a while. It was on and off. By member Antennae

There's also been some unusual NAVTEX data messages broadcast into North America, one on 6950 2h05UTC 11th January 2015 “This NAVTEX message came across the wire shortly after Wolverine signed off tonight
VVV   VVV   FANSOME HAD YOUR DARK SUIT IN GREASY WASH WATER ALL YEAR.
DONT ASK ME TO CARRY AN OILY RAG LIKE THAT.
THEY USED  PIGMEAT TO FLAG THOUGHTLESS MOTORISTS.” Via member Kilokat7

Another on 6928USB 2h47UTC 12th January 2015. I'm assuming it is Wolverine Radio ending their broadcast with some extra goodies.
3440 00h57UTC WHYP 12th January 2015 “Signing on now with "Whip It".  S6-S7 in NY. Really cool to hear these shows from the archives once again. Via member curious george


Logs via the HF underground forum. (We also hank other members contributions to the pirate logs that may have not got a mention.)

DX Extra is being relayed via World FM 88.2FM in Tawa, near Wellington in New Zealand, Worldfm dot co dot nz and on shortwave via relay partners as well so look out for us on Focus International, Magic 6205 Europe, Premier Radio and Cupid Radio. A big thank you to all our relay partners. Your generosity means a lot! Also an extra thanks to Pandora Radio who relayed the last DX Extra show, thanks for the out of the blue relay!

Before we go it's time to get an audio clip out of the archives. This is a shortwave recording of the last episode of DX-tra from Radio Berlin International October 2nd 1990 at 00h45UTC on 9730khz. “RBI ceased broadcasting at the end of the day on 2 October 1990, the day before German reunification took place.” Via shortwave listening blog:
http://swling.com/blog/2015/01/shortwave-radio-recordings-radio-berlin-international-final-episode-of-dx-tra/

Ok so that's the end of the DX Extra, on Hobart Radio International it's time to look in the mailbag and read out some reports from you – “Hello HRI,  here is a quick email  to let you know I was just listening to your DX show being relayed by Cupid Radio in the Netherlands. The Australian accent got my attention !! DX Programme talking about Pirate review of the Year for 2014 and details of when stations were on on air. Show ended with details of QSL and the email address for reports.” From Iain Cameron in Scotland. Thank you.
“Dear Hobart Radio International

I listened your DX Extra No.18 via Cupid Radio.
I used Software Defined Radio at University of Twente in the Netherlands.
I heard your program on January 3, 2015 from 15:32 to 16:02 UTC on a frequency of 6240 kHz with good reception status.
Its signal were strong and there was no interference.
It was regrettable that its sound quality was not good.
Of course, I listened to you again on your website.” From Masahiro Hihara, Japan.
And we are aware of the audio quality which is a fault with the current microphone. I have an eye on a new one this weekend and also have try compressing the show lighter to try and help. Thank you for your report.

Of course we would love to hear from you, come on send us as eQSL reception report to hriradio at gmail dot com and tell us what you think of the DX Extra show.

I don't think I've mentioned the website much today, all our shows are archived on the website, www.hriradio.org which includes transcripts photos and a whole heap more and soon to be released is an exciting Pirate Station Special which fingers crossed will be ready next fortnight when the DX Extra number 20 is released. Make sure you join us on facebook, we're up to nearly 150 likes, at facebook dot com forwardflash dx extra


Hobart Radio International is now closing on this frequency, thank you for listening and we hope you will hear us again soon on shortwave. 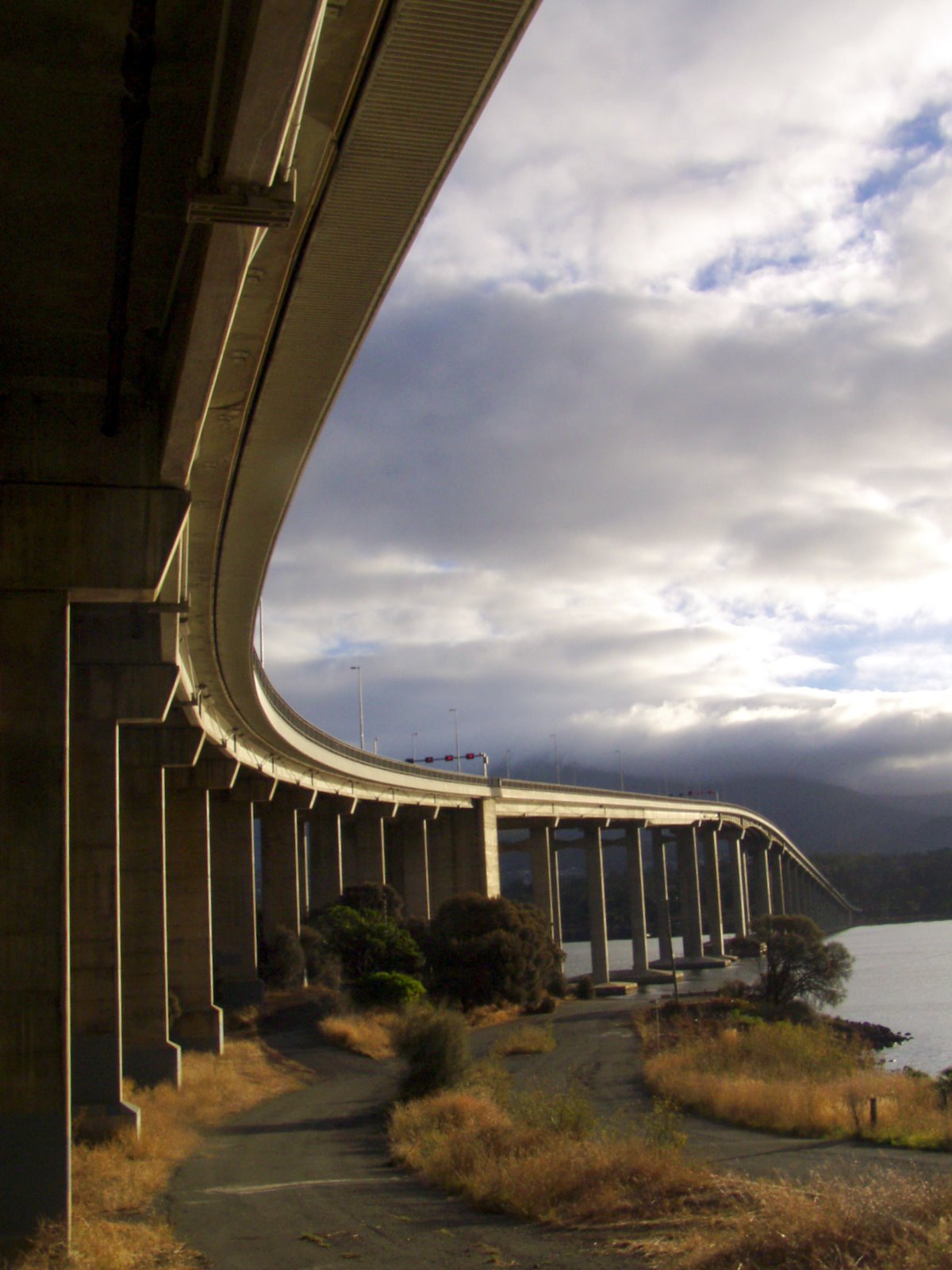 Posted by Hobart Radio International at Friday, January 16, 2015 No comments: