By the way, it's a week before Christmas day!

TRANSCRIPT:
"Coming January, Sudan will launch ten shortwave radio stations in Darfur, and ten in South Kordofan The new radio stations will present programmes in local dialects, to counter the broadcasts by Radio Dabanga, in an attempt to reduce its impact on the populations of those regions, especially in Darfur, Information Minister Ahmed Bilal Osman told Members of the national Parliament on Tuesday.
As for South Kordofan, the radio stations will aim to reach the Nuba people living in the rebel-controlled areas, the minister noted.
Sudanese MPs have criticised the performance of the official media before. They described it as “weak, and failing in the delivery of information”. On Tuesday, 25 November, the daily broadcasts by Radio Dabanga from the Netherlands were discussed in the parliament. Some MPs stressed the need “to disrupt the activity of Radio Dabanga, or completely stop it”, and demanded from the Information Minister of State to develop a plan to at least reduce its impact.
Radio Dabanga broadcasts in shortwave to the whole of Sudan and neighbouring countries. Satellite broadcasts are confined to the larger cities."
Reference: http://swling.com/blog/2014/12/radio-dabanga-sudan-to-launch-20-radio-stations/

“For the 9th consecutive year, the 3.916 Nets will be giving good boys and girls a chance to talk to Santa Claus via the magic of ham radio.   The '3916 Santa Nets' will be held at 7:30 PM every night from November 28 through December 24th.    The Santa Nets are open to all licensed amateur radio operators who wish to invite kids to their shack to talk to Santa.  Third party rules will apply.

For 2014, The 3916 Santa Net will be on the air nightly during the Christmas season.  The net time is changing from 8:30 PM Central to 7:30 PM Central.   Pete Thomson (KE5GGY), commented on The 3916 Santa Nets.  He said, "Christmas is our favorite time of year on The 3916 Nets.  Each year on the Santa Nets we are blown away by the response.  It's incredible to hear the excitement in kids' voices as they talk to Santa Claus on Ham Radio.   Based on comments from last year, we're going to have the Santa Net every night during the Christmas season and we're moving the net back an hour so kids won't have to stay up too late."

Thomson added that The Santa Nets are a great way to let kids experience both the magic of Christmas and amateur radio.  He said, "We encourage hams to get their kids, grand kids and even neighbor kids into their shacks to participate in the Santa Net.  The kids love talking to Santa and we get an opportunity to show a young person how amateur radio works."

For more information on The 3916 Nets or The Santa Net, contact Pete Thomson, KE5GGY at ke5ggy@gmail.com.” via Voice of Ham Radio Blog

At ISWBG deadline, we received information that Spain's Radio Exterior Espana was planning to resume broadcasting on shortwave. Severe budget cuts had forced the station to terminate all broadcast on shortwave at the close of their summer schedule season in October.
After extensive deliberations, the RTVE Board of Directors approved to resume broadcasting transmissions from Noblejas, Spain. Plans are to mainly beam broadcast to four main target areas, four hours a day and eight hours on weekends.
At this time the following schedule, which has been revised from the previous listing in Late Breaking News is noted as "tentative,"
A start date has not been released at this post. The definitive schedule will be released shortly.

The following revised schedule, has been registered for the winter broadcast
All times UTC

Audio via the Bulgarian DX Blog


Australia was changed when news surfaced of a hostage crisis that took place at the Lindt Cafe in Martin Place, Sydney on Monday the 15th of December. Terrorism has come to our shores. Shortwave has been highlighted as Radio Australia switched to a live feed from 702 ABC Sydney with rolling coverage that the short wave community would have benefited from if living outside Australia. It just goes to show even the ABC still thinks shortwave is important. A few years ago Radio Australia played an important role with a relay of ABC Queensland radio due to terrible floods in December 2010. 200,000 people were affected and a damage bill of 2.38million dollars. Many affected could not get vital information as power was cut, car radios out of reach as their cars were flooded and as we know smartphone's battery life is pretty average. As three quarters of the state was severely flooded only those who had an emergency radio could hear vital information.

The sad news for Radio Australia is news that has surfaced that in 2015 only the Shepparton transmitter will remain 24/7 a day and all other transmitters will close. I will be looking out for more clarity on this change in the weeks ahead.


“WASHINGTON — President Obama on Wednesday ordered the restoration of full diplomatic relations with Cuba and the opening of an embassy in Havana for the first time in more than a half-century as he vowed to “cut loose the shackles of the past” and sweep aside one of the last vestiges of the Cold War.
The surprise announcement came at the end of 18 months of secret talks that produced a prisoner swap negotiated with the help of Pope Francis and concluded by a telephone call between Mr. Obama and President Raúl Castro. The historic deal broke an enduring stalemate between two countries divided by just 90 miles of water but oceans of mistrust and hostility dating from the days of Theodore Roosevelt’s charge up San Juan Hill and the nuclear brinkmanship of the Cuban missile crisis.” via the New York Times
As this new news surfaced on Radio Havana Cuba many shortwave listeners wonder what the Cuban take on the diplomatic changes are. After all they can't talk about the Cuban five any more now the three imprisoned were released! Let's listen to news recorded today by Eric Bueneman from Missouri, USA.


The pirate world has been busy, last weekend produced more logs than normal and if this weekend on the eve of Christmas is anything to go by, expect it to be pretty full!

Here are American and Europirate logs for the last week of December:

[Audio: Old Time Radio] Thanks to William Callesen for the clip!
6323 Radio Underground 14th December 2014 17h15UTC playing Baba O'Reily by The Who. First reported by atrainradio


6880 Bangalore Poacher December 14th 2014 at 3h43UTC “with the usual zany mixture of nonsensical numbers and utterings by man and woman announcer, Lincolnshire Poacher IS, then some beeps, IS and OFF abruptly at 0353 UTC. Signal was about an S5, mostly above the noise with some fading. Nice to hear this one again...it's been awhile!” (reference?)


I couldn't wait half the show to air you this clip, it is a recording of the Bangalore Poacher – get ready for some insane radio!

I received an email announcing some stations on air this weekend to keep an eye out for:

If you live outside the listening area please try the Twente/Netherlands Web Receiver at http://websdr.ewi.utwente.nl:8901/

And if this news was not enough, we recommend The World of Radio by Glen Hauser, the website www dot world of radio dot com

DX Extra is being relayed via World FM 88.2FM in Tawa, near Wellington in New Zealand, Worldfm dot co dot nz and on shortwave last week on WBCQ USA on 5110 and 7490 during the Area 51 timeslot. We have new relays as well so look out for us on Focus International around 6285 the first week of the month, Magic 6205 Europe also on 15700 over weekends and Cupid Radio around 6305 or 15070 airing on the weekends as well. A big thank you to all our relay partners. Your generosity means a lot!

You may also hear our Christmas special on shortwave, it's to be aired on our relay partners and you can hear it in it's entirety n on the website at Hriradio.org

Before we go it's time to get an audio clip out of the archives. This is a bit of festive music for Christmas from Radio Vaticana's Portugese transmission.

Until next time remember shortwave radio is still full of mysteries – keep tuning and keep reporting. We wish you a Merry Christmas a safe and prospertive New year. 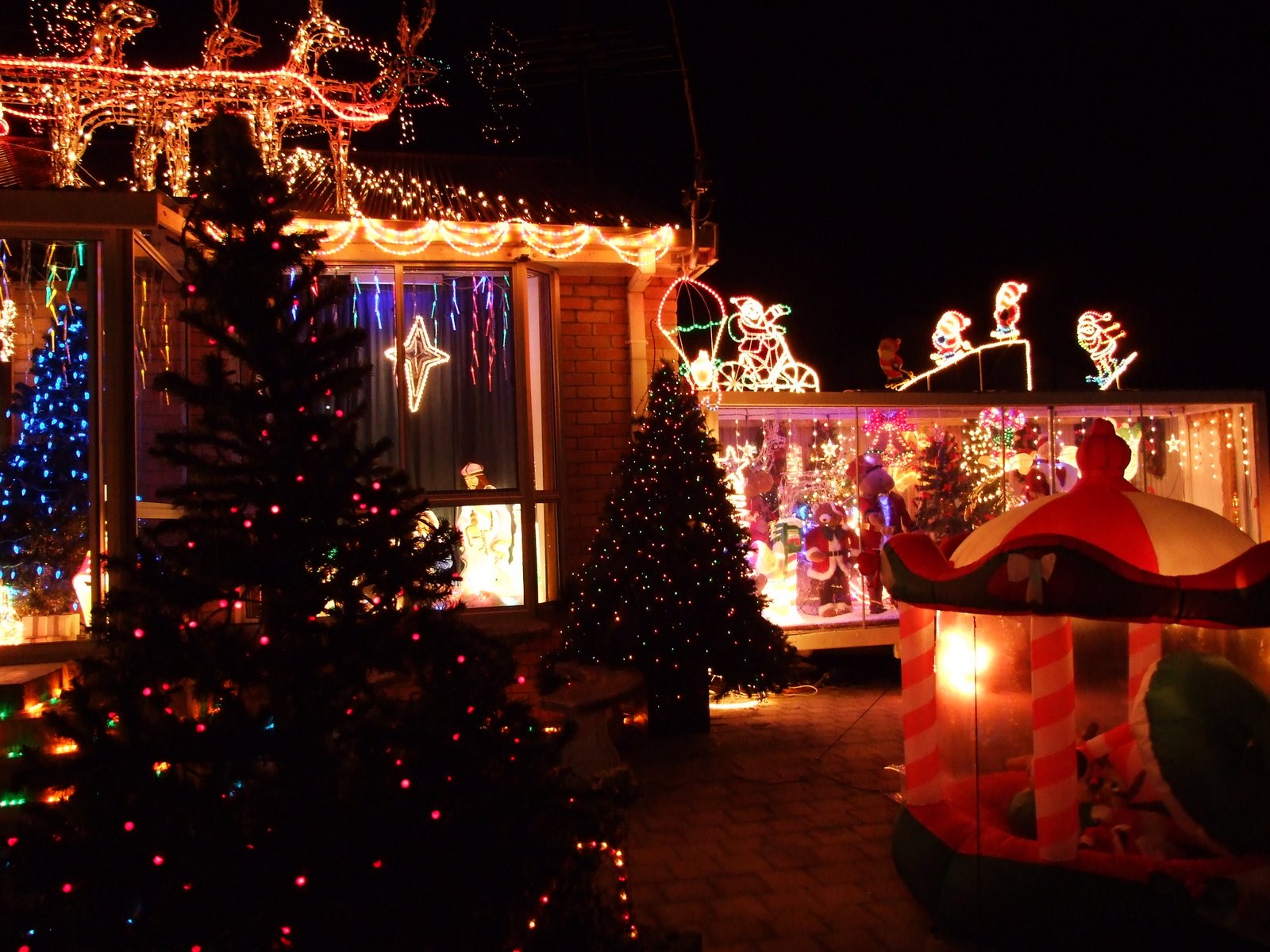